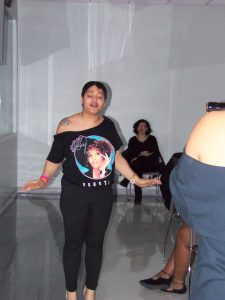 Crystal Jackson stood before a small audience of other youth at risk and sang Whitney Houston’s “I Look to You,” with its lyrics, “After all that I’ve been through / Who on Earth can I turn to / I look to you.” Jackson is living within New Jersey’s child welfare system and was participating in a local celebration of National African American Read-In along with about 20 other youths at risk who understood her message.

All the youths are members of Community Access Unlimited (CAU), a Union County-based, statewide nonprofit that strives to integrate people with disabilities and at-risk youth into the general community through comprehensive supports. CAU is Jackson’s fourth program and she feels like she has found a home.

The National African American Read-In is the nation’s first and oldest event dedicated to diversity in literature. It was established in 1990 by the Black Caucus of the National Council of Teachers of English to make literacy a significant part of Black History Month, which is celebrated in February.

“National Read-In is about helping our youth members celebrate Black History Month and their heritage and culture,” said Howard Wingard, assistant director in the Transitional Opportunities Program of CAU. “We also want them to appreciate the importance of reading in their education.”

The CAU members taking part sang songs written or recorded by black artists, the works of black authors or their original creations. Jackson said she chose “I Look to You” because it has great meaning to her.

“That is my favorite song,” she said. “It got me through a lot when I was down.” 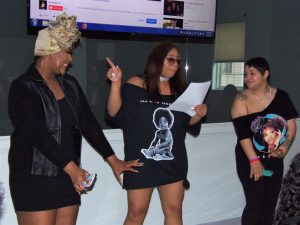 “It’s about letting people look at my inner life,” he said. “I’ve been through a lot and the only way I can channel that is through my music.”

Brianna Jones, 22, sang the Mariah Carey song, “Hero,” with its lyrics, “You will finally see the truth / That a hero lies in you.”

“I’ve gone through some troubling times but at the same time, everybody is a hero at heart,” she said.

It is a message conveyed to every youth member of CAU when they come to the agency, Wingard said. For most, CAU is their last program before adulthood because they find a home, many staying even after they have left the care of the child welfare system, he added. 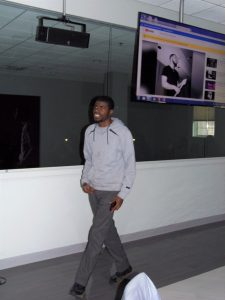