Want to Support Social Services in New Jersey? Complete the 2020 Census with CAU! 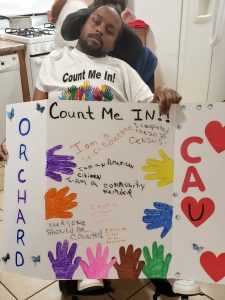 We’re highlighting social services in New Jersey and how the Census impacts them!

The federal government uses Census data to allocate resources to state governments- more than $45 billion dollars a year in New Jersey. People with disabilities have been identified by the Census Bureau as a hard to count population, meaning they are more vulnerable to being missed in the decennial Census.

The Census helps guide funding decisions that affect the services, amenities and resources people with disabilities and their families need to enable them to participate and contribute fully in their communities. Currently, 61 million American adults live with a disability, and roughly 1 in 7 children are affected by a disability. Census data can also inform funding for New Jersey’s nonprofit organizations, which provide important care, assistance, grants and programs that supplement government services.

For every 100 people not counted, a community loses an estimated $1.2 million annually in federal funds for programs such as Medicaid, social services block grants and vocational education. Decisions about a foundation or nonprofit’s focus and investments may depend on how federal funds are distributed and what remaining community needs exist. Demographic data from the Census also helps to shape most of the other federal data surveys, which help inform grants and goals for NJ nonprofits.

Our social services are going to be more important than ever for our residents as our state recovers from COVID-19.

CAU members and people with disabilities across New Jersey are saying Count Me In the 2020 census! Thank you for joining us at our training webinars to learn more about the Census as we strive to complete the count!

We launched a Census Day Challenge on April 1, with members sharing videos and photos announcing their success and excitement in completing the Census!

“My needs matter—I completed the 2020 Census!” announced member Jalisa Smith in her video.

CAU is sharing a resource page with its members, staff and the wider community to help answer any questions you have about the Census. You can also email us at census.info@caunj.org – We would love to help!

“We want to encourage people with disabilities to stand up and be counted and be full participating citizens,” said CAU organizer Bill Webb. “It’s critical for us to be doing it because New Jersey’s overall count was underrepresented in 2010.”

Now is the time to get involved because, otherwise, undercounted communities will miss out for the next 10 years. Join us and #FillItOut! 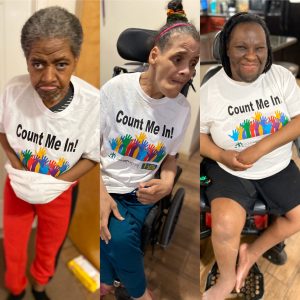 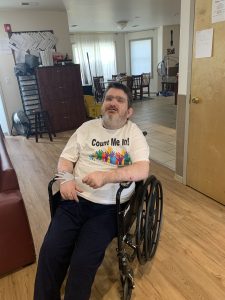 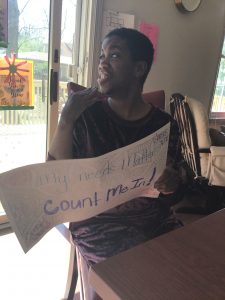 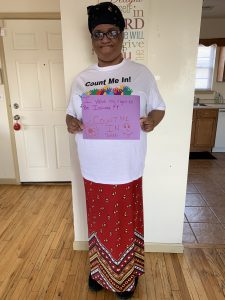 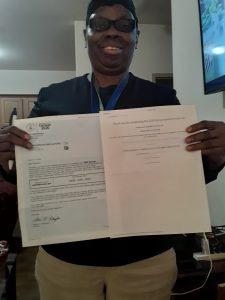 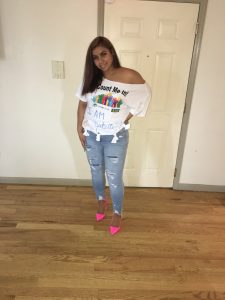 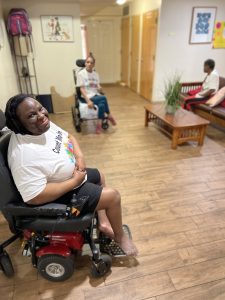