Musicians with and without disabilities strike perfect chord at collaborative concert 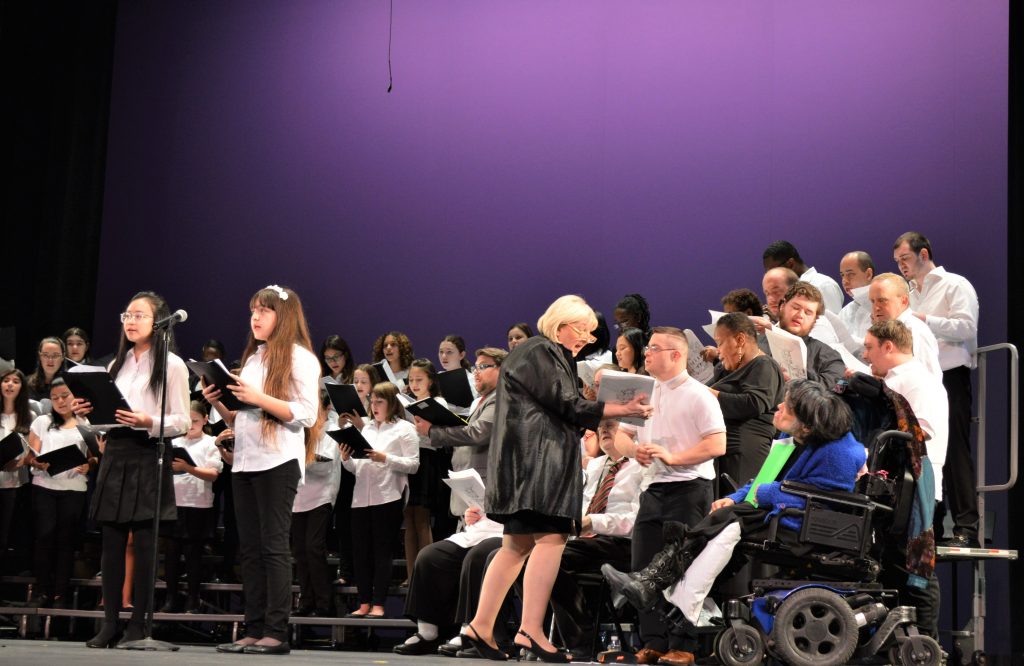 There was a steady bustle back stage Friday night at the Eugene G. Wilkins Theatre for the Performing Arts at Kean University a half-hour before the curtain was set to rise. Musicians tuned their instruments while singers stretched their vocal cords and performers dabbed on make-up in bathroom mirrors.

Yet what was unique about this production was the performers were a mix of musicians and singers both with and without disabilities. All were ready when the curtain rose and lights went on, shining brightly on the 5th annual collaborative concert staged by Community Access Unlimited (CAU), its Academy for Continuing Education (ACE) and Kean’s Music Conservatory program.

The musicians and singers comprised members of CAU and ACE, adults with disabilities, and students of Kean’s Music Conservatory program. Kean music majors have been working with CAU members and ACE students for several years, helping them learn and appreciate music and teaching them how to play instruments. Five years ago they teamed for their first collaborative concert and the production has become an annual event.

This year the audience was treated to a delightful mixture of choral selections, rock tunes and music from Disney productions. Students from middle schools in Elizabeth and Roselle Park also performed.

“We perform songs that relate to our situation in life so we can advocate for greater community integration and how we have abilities that many people might not think are there,” said Marguerite Modero, music director at ACE. “We focus on our abilities, not our disabilities.”

For Maurice Stephens, a member of CAU for 11 years, this was his first chance to play bass guitar on stage in front of a live audience. He used to play trumpet but took up guitar for the collaborative concert as a new challenge.

“I wanted to do something more with music,” Stephens said. “I see a lot of people playing an instrument. I said, ‘Why not play two?’ I’m thinking of learning piano next. It makes me feel good. I feel like I accomplished something and that’s pleasurable.”

Jessie Gaeta, a CAU member for two years, also performed for the first time on stage at this year’s concert. She has been taking singing lessons at ACE but never took the stage until Friday.

“It made me feel really good,” she said. “I’d been singing with my lessons but this was new for me. I was really excited.”

According to Lynn Schraer-Joiner, Kean’s music education coordinator, music is the great unifier and equalizer. Friday evening the audience at Wilkins Theater saw this first-hand. While the back stage bustle was commonplace, what took place on stage was very special.

This arts project was made possible in part by a 2019 HEART (History, Education, Arts Reaching Thousands) Grant from the Union County Board of Chosen Freeholders. 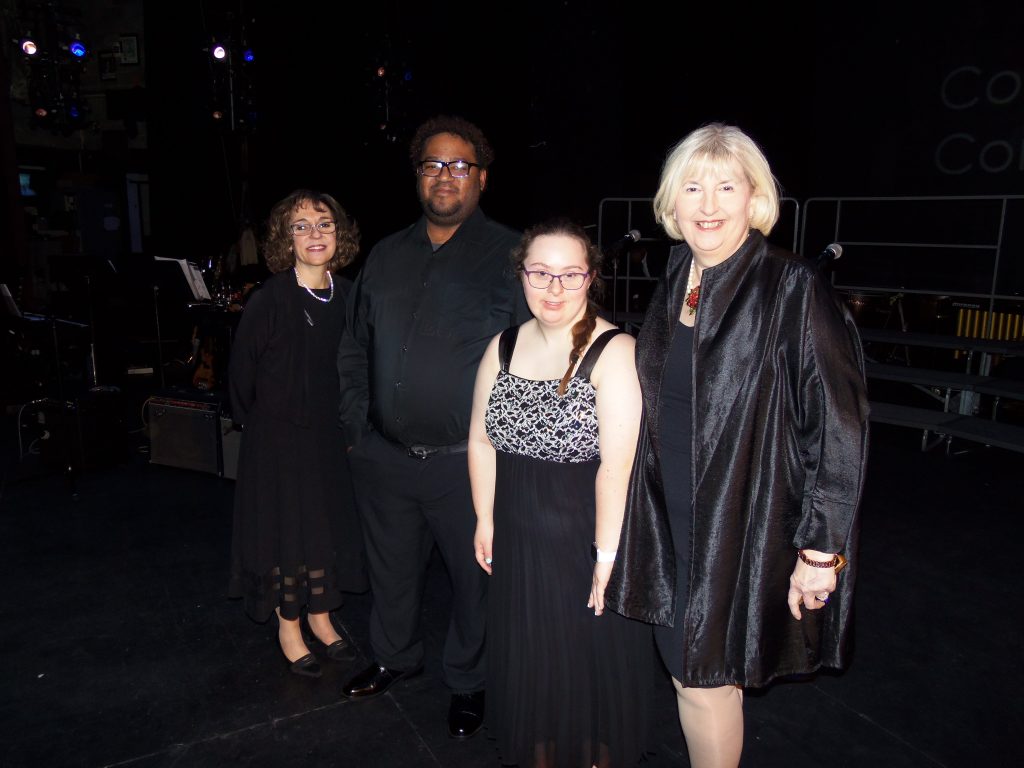