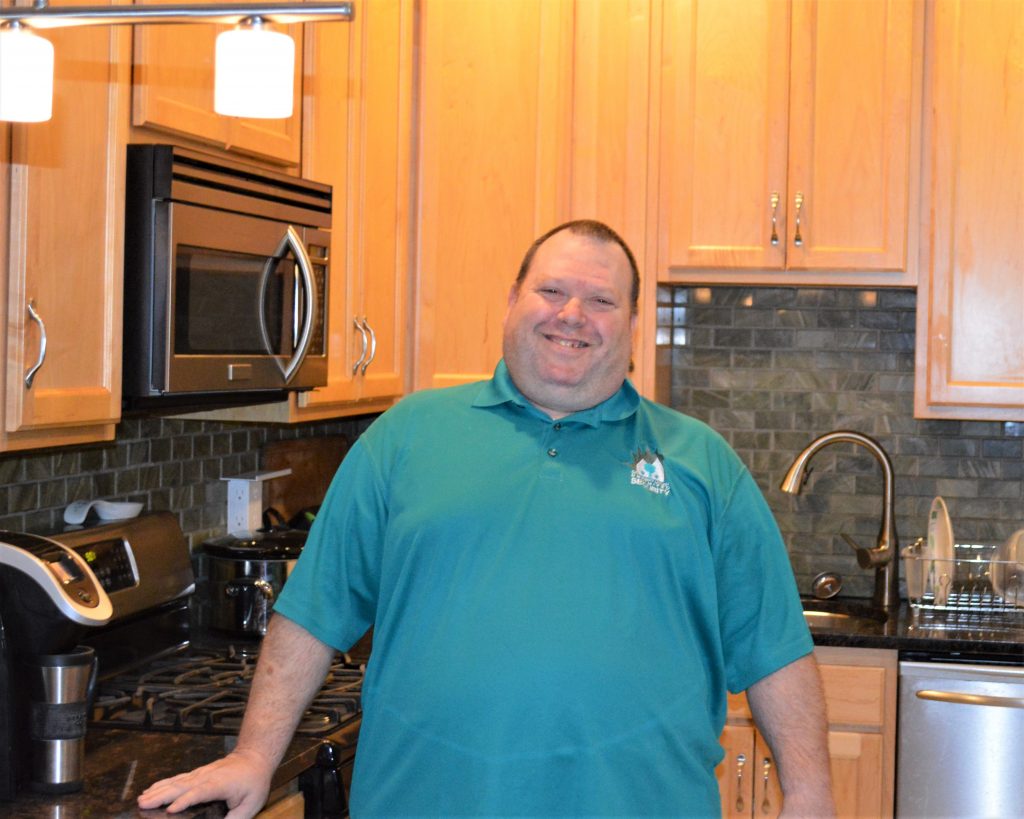 Congratulations are due to a CAU member who now has a condo of his own! Gary Rubin now has a lifetime tenancy at his home in Elizabeth, and will have voting rights in his condo association.

The two-bedroom, two bath condo he has all to himself is a far cry from institutional living at E.R. Johnstone Training and Research Center, where he lived and worked as a young man from 1985 until the institution was shut down in 1992.

“AAMH (now CAU) would check up on me back then,” Rubin said.

In 1992, Johnstone became the first large institution shut down by the state amid controversy over whether institutional residents could survive in a community setting. Rubin became a CAU member in 1990, joining the deinstitutionalization movement and graduating from supervised apartment living to the supportive living apartment program.

A fixture at the CAU main office in Elizabeth as security guard, Rubin has made advocacy his calling card. He was a founding member of the New American Movement for People with Disabilities, which was formed at CAU in 2012 as a movement committed to social, political, and economic transformation for the equity of all Americans. NAM travels to local and national advocacy workshops, conferences, and community events to educate the public about its mission. He also travels across the country as a board member of Self Advocates Becoming Empowered.

Rubin still recalls the bad attitudes and mistreatment he’s seen from some who work for people with disabilities and is determined to help prevent it.

“Don’t let nobody bully you or confuse you- the staff are here for you, you’re not here for them,” he said. “That’s what I try to bring out in people all the time.”

As president of Helping Hands, one of the oldest and strongest self-advocacy groups for people with disabilities in the state, Rubin shared that message on Members Renewal Day on Jan. 25.

Now that he is all moved in to his condo in Elizabeth, Rubin was thrilled to finally sign the last of the paperwork this week.

For someone who left home at the age of 16 and has moved all around North Jersey, settling down in a place of his own is a beautiful new chapter.

“I feel like I died and went to heaven,” Rubin said.