What makes theater irresistible to those who perform? Beyond the lights, music and thrill of embodying a character, it’s the energy of creating art as a team.

Teamwork is making magic possible for The CAU Community Players tenth anniversary show, and they promise to delight audiences with a classic: The Wizard of Oz runs June 24, 25, and 26th, streaming live at 7 p.m. Tickets are available here and at www.caunj.org/events/ . 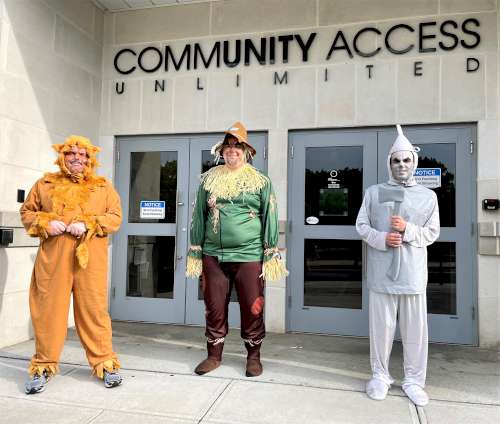 Starring in Oz are: Mackenzie Modero as Dorothy, Melody Lucas as the Wicked Witch, Tyler O’Neil as Scarecrow, Gerard Russomanno as Tin Man, James Smith as Cowardly Lion, Milena Lavin as Glinda, and Jonathan Wiener as Professor Marvel. They join a cast of over 50 performers, including special guest Munchkins from Elizabeth Public Schools.

Formed at Community Access Unlimited (CAU) in 2012, the troupe was created to include everyone in the art of theater and fight the disadvantages and stereotypes people with disabilities often face. CAU is based in Union County and supports people with disabilities and youth at risk with services and assistance with housing, life skills, employment, personal finance, relationships, civic engagement and more.

Everyone has the opportunity to audition; the players feature performers with and without disabilities and director Marguerite Modero finds the right role for each actor.

James Smith, who is playing the Cowardly Lion, said that acting with CAU has helped him tap into his creativity and grow his confidence. He is currently writing his second script for a musical that he hopes to one day stage with the troupe.

“I think CAU provides an excellent place for people to [be in theater] regardless of what their limitations are or what they can or can’t do,” Smith said.

He has previously starred as Genie in the troupe’s production of Aladdin.

“That’s a role I’ve wanted to do since childhood and Mrs. Modero was able to make it happen for me.”

Modero said audiences should watch the show to change their expectations of what people with different abilities can achieve.

Melody Lucas and John Drescher as the Wicked Witch and Flying Monkey star in the Wizard of Oz June 24th-26th.

“In our population of people with challenges, many times the general population feels like ‘they could never do that’- and you’re going to see that they can do that and more,” she said. “In some cases they far surpass people who have taken acting classes and acting lessons…my job is to try to bring that out in them and give them the confidence. We’ve gotten some really high-class performances over the years.”

Oz is the troupe’s second virtual performance due to COVID safety restrictions (they showed Elf in December), and the group is excited to add more professional details and special effects in the show with the help of videographer Michael Lefton and choreographer Jensyn Modero.

Dianna Sims is one of many performers who return year after year- she has participated in nine of the ten shows and said she feels secure with her castmates as a visually impaired performer. They can show her exactly where to stand on stage.

“I make sure my accommodations are met,” she said. “With a disability you can do anything…I recommend people watch it to see what people with disabilities can do.”

Other castmates said they love the opportunity to try new things and showcase their skills.

“I like being able to play characters and roles that are outside my comfort zone,” said Gerard Russomanno, who is playing the Tin Man. “What’s also special is the bond I have with people. Since I’ve joined I’ve made a lot of new friends, and being able to see each other every year to put these on has truly been a great experience.”

“We all encourage each other,” Modero added. “If someone feels frightened we try to pump them up. And I think that having CAU provide this is so important because there are so many creative people whose souls get crushed from being discounted, and no one here is discounted. Everyone has a talent and they’re getting to reach their fullest potential.”

Sponsorships opportunities are available and include advertising in the show’s playbill. Email jlebron@caunj.org to inquire about sponsorships.

Proceeds from Oz will support next year’s production, when the troupe hopes to return to live stage performances that are bigger and better than ever. 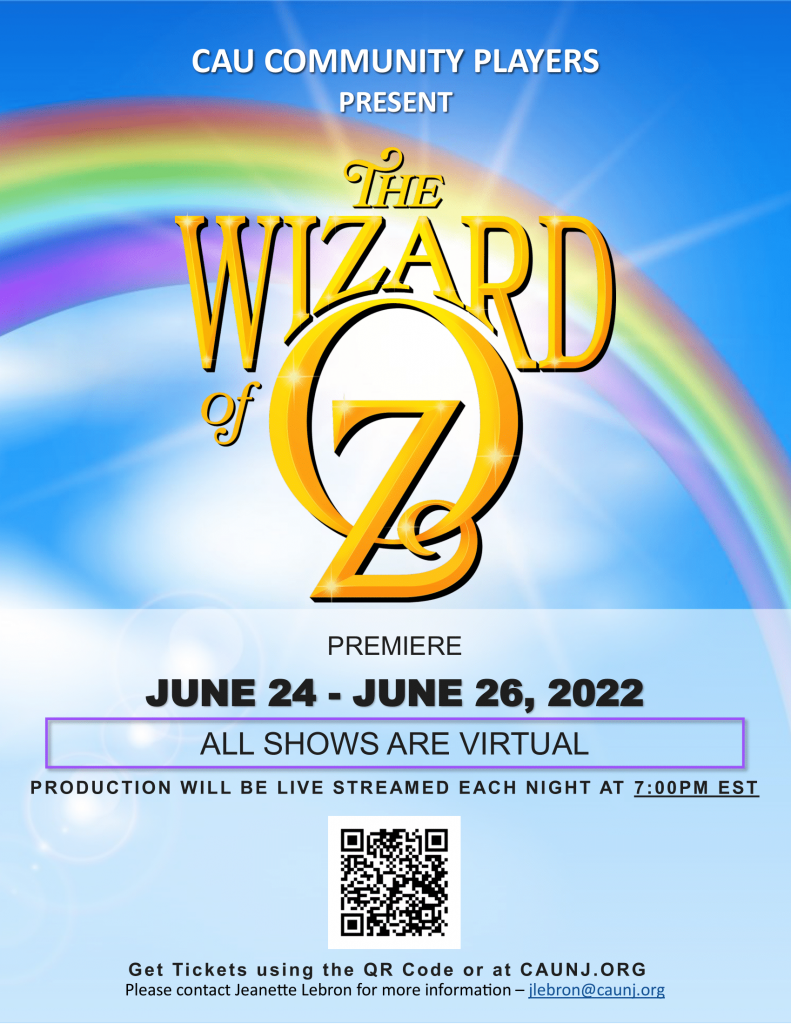