What are we Thankful for this Year? - CAUNJ
↓Skip to Main Content

What are we Thankful for this Year? 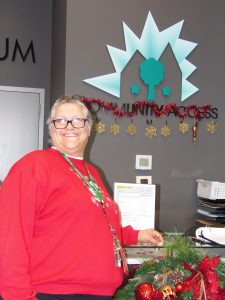 Joyce Cargle was not sure how much she had to be thankful for five years ago after being diagnosed with cancer. Since then she has had chemotherapy, undergone an operation for a hernia and suffered a leg injury.

Yet today, Cargle, a person with disabilities, is in full remission, her other ailments have passed and she is all smiles as she prepares for a hearty Thanksgiving dinner and watching the parade on television.

Cargle is a longtime member of Community Access Unlimited. She lives in a CAU-owned apartment and works at the agency in the housecleaning crew. Her Thanksgiving dinner is being prepared by CAU staff members.

“I’m thankful because I’m still living,” Cargle said. “I’ve taken a beating and I’m still ticking. I’m thankful because I have a home, food, a good job and a great job coach. And I’m grateful for the staff here at Community Access. They’ve been there for me. Junie Dorceus took me to my first chemo treatment.”

Cargle came to CAU 25 years ago. While she has always enjoyed being a member, the last five years have made her even more appreciative of what the agency does for her, she said.

Radley Anderson was unsure of what to be thankful for just a few months ago. Anderson, a person with disabilities, had always lived with his mother in historic Bristol, Rhode Island, until she passed away earlier this year. He moved to South Bound Brook in New Jersey to live with his cousin but both felt Anderson would be better supported by Community Access Unlimited. He has been a member since August and is thankful for the support he receives from the agency. 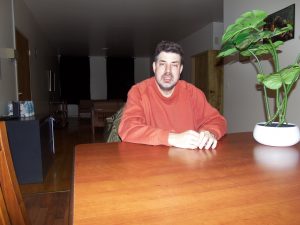 “I’m thankful for my cousin and the rest of my family,” Anderson said. “And I’m thankful for CAU. I like the camaraderie and they have all the services I need to thrive.”

Anderson lives in a CAU-owned apartment and is working with a job coach to identify the ideal type of job for him.

“I’d like to get something working with people,” he said.

Anderson will spend Thanksgiving with his cousin, enjoying the food and parade but not watching football.

“I’m the only person from New England who doesn’t like the Patriots,” he said with a smile.