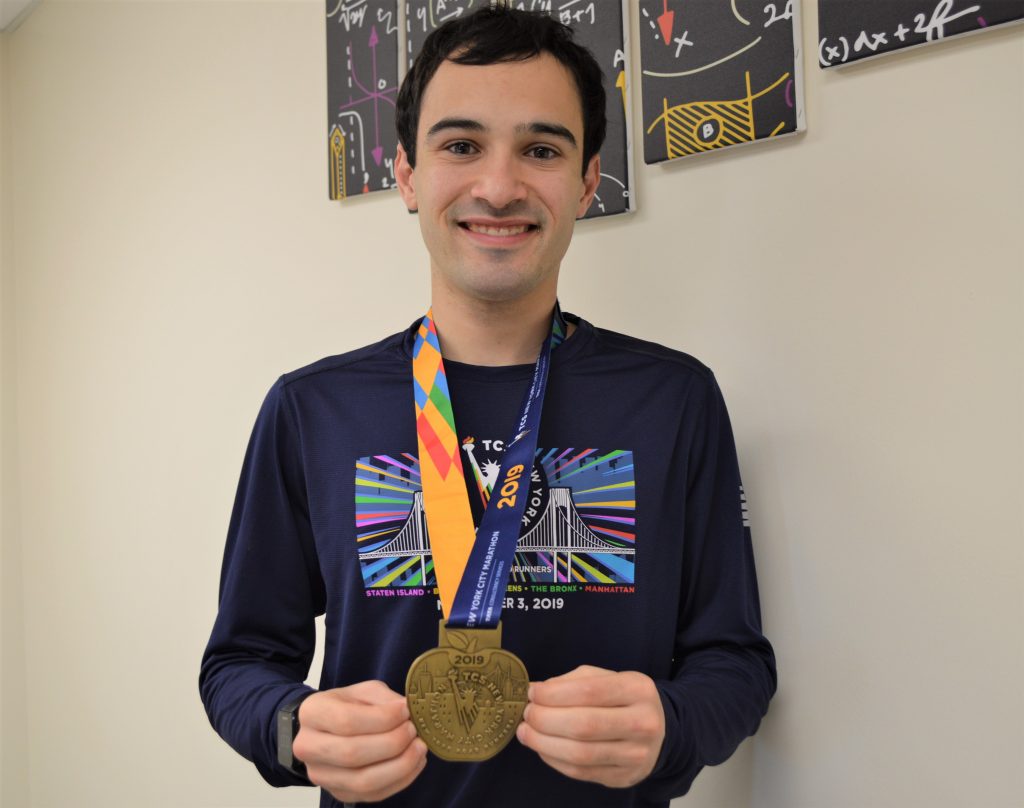 The Springfield native breezed to a 4:03:59 finish in the world’s largest marathon in New York City on Nov. 3, completing with the top third of runners.

Robbie is a CAU member who attends the Academy of Continuing Education in Cranford, where he studies theater, upper level math and science.

He trained at the gym and with running groups to prepare, and was able to maintain a pace of 9:19 minutes per mile with the experience of running his seventh marathon since he started in 2016.

“It felt great,” Robbie said. “I hope I can do it again sometime.”

He has completed the Novo Nordisk New Jersey Marathon four times and the Philadelphia Marathon twice. Robbie also plays forward on his Special Olympics soccer team, the Greyhawks, and played basketball in high school in addition to running.

“He’s a great student,” added Robin Morris-Marano, ACE director. Robbie also fills out his schedule with a job at Staples.

The toughest stretch of the 26.2 miles was crossing the Queensboro Bridge and running up to Harlem, Robbie said, but the cheering crowds of Harlem were motivating. Family and friends also attended the race to cheer him on.

“It calms me down when I get stressed or angry,” Robbie said of his love for running.

He plans to continue taking classes at ACE and looks forward to taking a college course in one of his favorite subjects, math or science. 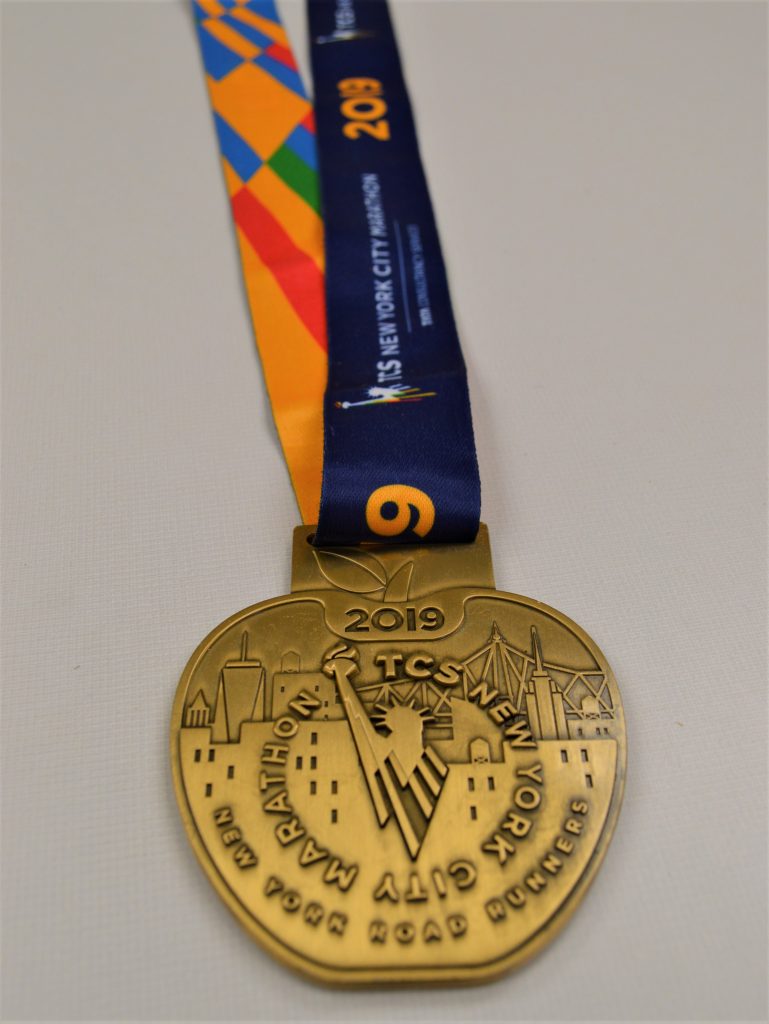